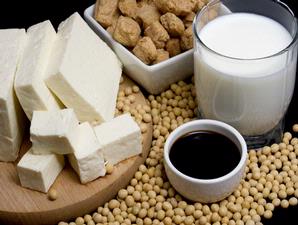 Soy is a ‘miracle’ food. While some have praised soy for its potential to reduce cholesterol and the risk of cardiovascular disease; others have asserted that soy can protect against cancers.

Soybeans have more protein than any other bean and are the only plant-based protein source that contains a high proportion of all nine essential amino acids, making it a source of complete protein.

Soy originally comes from the soya bean, which is a type of bean (legume). Now, you have probably seen many soy-based foods at the supermarket.

A study has found that women who ate soy products more than five times a week, were 70 percents less likely to have a heart attack or stroke compared with those women who had a low soy intake.

Therefore, soy intake recommendations for breast cancer patients are similar to those for healthy women. Overall the evidence suggests that the intake of approximately 15 g of isoflavones per day is safe and has the potential to exert health benefits. This amount of soy protein and isoflavones is provided by approximately two servings of traditional soy foods.