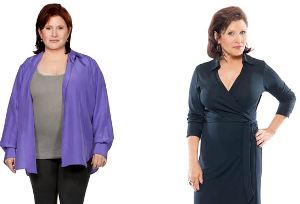 Actress Carrie Fisher announced she’s lost 50 pounds in nine months on the Jenny Craig Weight Loss Program, for which she is the celebrity spokesperson.

Fisher joked that her agenda is to slip back into the iconic two-piece metal bikini as Princess Leia in “Star Wars Episode VI: Return of the Jedi” back in 1983.

Her bikini body is one of the most iconic of all-time, but it’s been almost 30 years since Carrie Fisher donned Princess Leia’s.

Forget Princess Leia’s battles: Carrie Fisher has won the challenge. Fisher has gone and lost 50 pounds at age 54. Once again, she is 54-years-old!