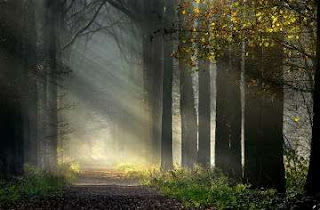 People who left a strict religious group were less likely to report being in good health than those who stayed with the group, according to a new study.

In the study, the percentage of people who left a strict religious group and reported they were in excellent health was about half that of people who stayed in the group, the researchers say.

“Previous research showed some association between belonging to a religious group and positive health outcomes,” said Christopher Scheitle, a sociologist at Penn State University. “We became interested in what would happen to your health if you left a religious group.”

The researchers examined information from 423 strict religious group members who were surveyed between 1972 and 2006. During that time, approximately 96 members switched to other religions and about 54 dropped out of religion completely. The researchers defined strict religions, such as The Church of Jesus Christ of Latter-day Saints and Jehovah’s Witnesses, as exclusive groups with strict social, moral and physical guidelines for members.

The study does not show that leaving a group causes poor health, Scheitle said. Poor health actually could prompt a member to leave the group. For instance, an unhealthy member may question belonging to a group that promotes the belief in an all-powerful being who has failed to heal his or her condition.

Still, several factors could explain why health may decline for those who switched or dropped out of religion, the researchers said.

Strict groups may require members to abstain from unhealthy behaviors, such as alcohol and tobacco use. These groups also create both formal and informal support structures to promote positive health, according to Scheitle. The social bonds of belonging to the group might be another factor for better health.

Beside losing connection to these health benefits, exiting a religious group may increase stressful situations. The study is published in the current issue of the Journal of Health and Social Behavior.