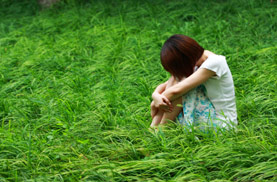 We often look the people with personality disorders, but, do not even think about treat it, we don’t even have time to know what cause it.

Facts About BPD
•     BPD makes up at least 2% of the general population, (6 million people in North America)
•     BPD comprises 20% of the inpatient psychiatric population.
•     BPD makes up 11% of the outpatients in the mental health system.
•     As a comparison, BPD affects 50% more people than Alzheimer’s disease and nearly as many as schizophrenia and bipolar combined (2.25%).
•     An estimated 10% of BPD patients die by suicide.
•     Approximately 20% of men who batter have BPD.

BPD often manifests itself in episodes of idealization and devaluation, and interpersonal relationships chaotic and unstable, self-image, identity, and behavior and disorder in an individual sense of self. BPD disorder also includes self-harm.

Borderline personality disorder as a psychiatric diagnosis and define it as a prolonged disturbance of personality function.