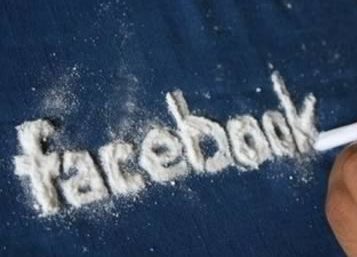 Bad habits are like a comfortable bed, easy to get into, but hard to get out of.

For your information, Facebook or Twitter and similar social-networking sites can lead to obsessive compulsive disorder (OCD). According to Dr. Pam Spurr, an expert in behavioral, social-networking sites such as Facebook could actually make a person exposed to diseases that are classified as psychiatric disorders. Habits or routines that often play up even if only just to see, check, or a status update can make you feel nervous and want to continue to do so.

What is Obsessive Compulsive Disorder?

OCD is an anxiety disorder. The individuals who suffer from this condition often plagued with thoughts. The sufferer also engages in behaviors that are considered to be repetitive.

While this does not cover all the symptoms that may be experienced by sufferers, they are the most common symptoms. If you or someone you know has obsessive compulsive disorder, it is important to treat the condition under the care of a doctor.

Pam Spurr said, a way to prevent OCD is to calm the mind, change the mindset and lifestyle. Pam adds, someone who is generally a quieter way of thinking can solve this problem. To protect them from the possibility of this disease, Pam recommends everyone should limit the amount of their time to play Facebook and, Twitter!