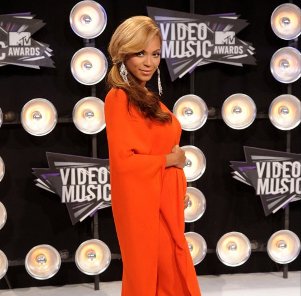 “I want to have kids. I want to be a mother and dedicate myself to my children.”

And now, Beyonce is pregnant!

The news was announced when she attended the MTV Video Music Awards. The “Irreplaceable” singer has indirectly announced her pregnancy on Sunday, August 28, 2011.

And if we had any doubts, MTV confirmed the news: MTV tweeted, “OMG Beyonce just made a huge announcement on the # VMA carpet! # Baby !!!!!” and posted a Twitpic with the evidence.

“It’s nice to be a wife and accompany my husband. I have to resist the big things for the sake of my sanity, life, relationships, and family. I am entitled to give the best in my life,” she said as quoted by Female First.

Congratulations to the proud parents. Wishing them a healthy, bouncy baby. And love and peace for their little family. Beyonce you look wonderful!