Skip to content
Q: Based on your own family’s experience, what do you think we should do to improve health care in America? (Hillary Clinton) 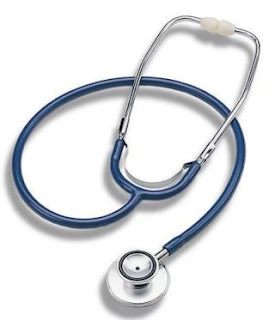 A: I’d like to see insurance companies have less control over what medical decisions are made for an individual. If a team of doctors has determined that a particular treatment is the best choice, why does a corporation, with no medical background, get to deny that treatment?

I’d like to see drug companies have less influence over consumers. Since they’ve been allowed to advertise their latest thing on television, patients are telling their doctors what to prescribe. Generic drugs may work just as well, but we are a brand loving society. Rather than sticking with the tested (and inexpensive) generics, we push our doctors to prescribe the new drug we saw on tv last night. Not only does this encourage people to spend more money on drugs unnecessarily, it encourages the drug companies to continue developing new versions of similar drugs. I read that we haven’t developed a totally new antibiotic in decades. Rather than develop a drug that will be used once, drug companies focus on new variations of drugs for long term use, because they can make money off of it. And boy, can they make money! I know that the true cost includes both the development AND production of the drug, but it seems like the companies are making a heck of a profit. If they can sell the same drug for a fraction of the cost in other countries, why can’t they sell it for a reasonable price here?

I’d like to see every citizen of the United States guaranteed basic health care at reasonable prices. We claim to be advanced, enlightened, the best country in the world, and yet our citizens often go without medical care because they can’t afford it – or can’t afford the health insurance. The insurance provided through my job is a flat rate regardless of how many people it covers. I am single, no dependents, and yet my insurance premiums cost the same as a co-worker with a family of five. At one point, between jobs, I tried to get independent insurance coverage and was refused because of my weight. I was within their acceptable weight range (which was only 17 pounds higher than the upper “healthy” limit for my height), but because I had recently lost 30 pounds they refused me and told me to try again in six months, so they could “be sure I’d keep the weight off.” I’ve visited insurance companies as part of my previous job. I’ve seen the 40 acre professionally landscaped site with walking paths and lakes. I’ve eaten in the executive lunch rooms and employee cafeterias that served better food than most restaurants I’ve been to. I’ve seen the three story fountains in the lobby, and I know one company in particular that as a matter of policy closes its doors at noon on Fridays in the summer. When my premiums go to fund the insurance company’s private fitness club, I have a problem.

It’s unrealistic to think that we could easily change to a national health care plan in this country. It would involve wiping out all insurance companies, and creating one enormous new government entity. Instead, we need to work within the system we have to reduce costs and increase coverage. So my suggestion? Start controlling the insurance and drug companies, and stop letting them control us. Or more specifically, stop letting them control you, our government.